The wedding
chronicles Destinations
Back to the articles

The top venues in Italy

For a dream wedding in a dreamy setting 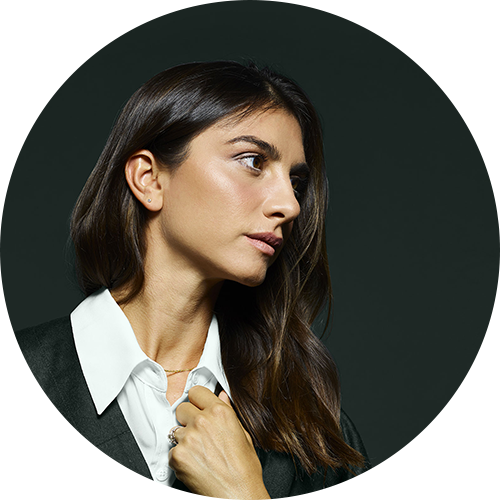 Celebrating a city wedding in a historic Italian city has long been the romantic dream of many couples around the world, with spectacular venues catering to the trend.

Italy’s cities of art are cradles of Western civilization with a rich historical and artistic heritage, offering the perfect setting for timeless fairytale weddings. The eternal city of Rome and Milan, the world’s fashion and design capital, are favorites, alongside Florence, with its Renaissance art and architecture, and Venice, once a powerful maritime republic.

To help you choose, we have rounded up the top wedding venues in Italy’s cities of art. The venues listed below are more easily accessible than many coastal resorts and medieval villages nestled in the countryside. These city wedding venues take destination weddings to a new level, offering guests a sophisticated and stylish experience, complete with the chance to do a little sightseeing. What’s not to like?

Cover Picture by Filippo Avandero for The Wedding Club

Dating back to the 17th century, the UNESCO World Heritage Site of Venaria Reale in the province of Turin is a magnificent example of Baroque landscape architecture, the perfect setting to celebrate a regal wedding. Couples can say their Catholic vows in the on-site chapel, while receptions can take place in the sprawling gardens or in one of the many opulent halls, such as the Alfieri Rotunda or the spectacular Great Gallery designed by Italian architect Filippo Juvarra. A great choice for couples wishing to celebrate a wedding immersed in history and culture.

An exclusive venue for a fairytale wedding, Palazzo Serbelloni is a historic Neoclassical palazzo in Milan. The eponymous trust that owns the building actively promotes the building’s cultural heritage while preserving its 19th century glory and splendor. Over the course of the years, numerous eminent personalities have frequented the building, from Napoleon to King Vittorio Emanuele II. Adorned with trompe l’oeil murals, the first-floor frescoed halls at the heart of the building stretch out into a seemingly infinite succession of rooms.

An elegant setting in the heart of Milan, Palazzo Visconti dates back to the 17th century. Also known as Palazzo Bolagnos after Spanish nobleman Giuseppe Bolagnos who restored the building, the palazzo served as a cultural and artistic theatre, and hosted secret societies and all manner of political intrigues. This splendid and exclusive venue is today a sought-after venue for performances, banquets, and lavish parties. The property is managed by SoCrea, with five beautifully frescoed halls available for hire. Perfect for a formal, elegant wedding.

The Scuola Grande di San Rocco rises majestically in the heart of Venice, Italy’s city of love. Founded in the 15th century, it’s an imposing architectural marvel harboring an unmatchable artistic and cultural heritage. The magnificent halls feature impressive frescoed ceilings by Tintoretto. The bride and groom can arrive at their wedding venue on a romantic gondola or can glide along the city’s canals aboard an elegant speedboat. If you’re planning a Catholic ceremony, the sumptuous Chiesa di San Rocco lies adjacent.

Built in the mid 15th century, Palazzo Pisani Moretta boasts a wonderful location on Venice’s Grand Canal in the San Polo district, not far from Rialto Bridge. Once the residence of the noble Pisani Moretta family, the building is an architectural marvel, with a splendid facade in floral Venetian Gothic and interiors adorned with frescoes by the most sought-after artists of the time. With its Baroque and Neoclassical decorations, the building exudes a surreal, dreamy atmosphere. Privately owned to this day, the property is rented out only for highly exclusive events.

Nestled in the district of San Polo, magnificent Palazzo Papadopoli overlooks the Grand Canal. Dating back to the 16th century, it today houses the exclusive Aman Venice Hotel, a luxurious hotel steeped in history and art where past and present harmoniously blend. The halls on the two main floors beautifully marry Rococo works of art and contemporary furnishings, as do the 24 comfortable bedrooms and signature suites overlooking the Grand Canal and the manicured private gardens. The epitome of luxury and comfort, it’s the perfect setting for a lavish yet intimate wedding.

One of Venice’s seven Scuole Grandi, the Scuola Grande della Misericordia is a vast building that was once home to a lay confraternity. Beautifully marrying history and art, the sophisticated interiors feature a grand imposing staircase and are adorned with wonderful frescoes. The adjacent deconsecrated church offers a striking setting for a welcome cocktail or dance following the wedding reception. The fully integrated digital lighting system allows you to create striking personalized designs and custom mood lighting.

A veritable haven of peace tucked away from the frantic hubbub of Florence, Four Seasons Hotel Firenze was created as a city resort steps away from the cultural heart of the city. Spread out over two noble residences dating back to the 15th and 16th centuries, it features vaulted ceilings, Capodimonte majolica tiled floors, original 17th century frescoes, and a lush private park adorned with statues and fountains. The property is sure to satisfy the whim of even the most demanding couples seeking exceptional five-star comforts. It’s the perfect venue for an unforgettable fairytale wedding immersed in a Renaissance atmosphere.

A sought-after venue by couples from the world over, Villa Palmieri is a 14th century residence on the outskirts of Florence that Italian writer and poet Giovanni Boccaccio so aptly described in his celebrated collection of tales, the Decameron. It’s a magical place that has preserved all the splendor and charm of a bygone era. Given its considerable size, the villa can host large wedding receptions in its many event spaces, including the halls and apartments, the five-arched loggia with double staircase, the lemon garden and the Italian gardens.

Nestled in the Tuscan hills just a few kilometers from the center of Florence, Il Salviatino is housed in a delightful 15th century Renaissance villa once frequented by artists and writers such as Salvador Dalí and Gabriele d’Annunzio. Boasting spectacular views of the city, the luxury hotel offers a sober and sophisticated design, with a range of event spaces including a stunning belvedere terrace, library, main terrace and vegetable garden, perfect for weddings with up to 250 guests. A sublime setting and the perfect backdrop to frame your vows.

Built in the early 1600s, this sophisticated residence offers magnificent views of the verdant Arno Valley and Florence’s Cathedral dome by Brunelleschi. Renowned for its gardens, which have been studied, emulated and depicted by numerous artists and enthusiasts over the course of the years, the villa offers the perfect setting for outdoor receptions. Its interior spaces are equally divine. A short drive from the Tuscan capital, the villa is ideally located to explore the city’s cultural and artistic attractions, fashion scene, arts and crafts, and exceptional restaurants.

An exclusive venue to host mind-blowing events and weddings, Villa Aurelia boasts a spectacular location atop the Janiculum. Owned by the American Academy, the 17th century villa has been fully restored to its former splendor. One of Rome’s most magnificent venues, it’s immersed in greenery and offers breathtaking city views, making it the perfect place to soak up all the charm and poignant beauty of the capital. The venue can host exceptionally large weddings with over 500 guests.

Recently chosen by Princess Diana’s niece Lady Kitty Spencer for her wedding with Michael Lewis, this imposing villa in Frascate dominates the outskirts of Rome. Commissioned by Cardinal Aldobrandini in the 16th century, it was built on the site of a former country house. With its solemn and slightly severe appearance, the palazzo features sumptuously decorated interiors with works by Cavalier Arpino (Caravaggio’s master). The venue can host up to 300 people, while its splendid park – with water features, niches, statues, columns and even a nymphaeum – can host up to 2000. Marquees can be erected in the garden in the event of inclement weather.

Built in the 18th century, the Reggia di Caserta was the main royal residence of the Bourbons of Naples. Declared a UNESCO World Heritage Site in 1997, it occupies an area of 47,000sqm near Naples. It’s the largest royal palace in the world, with opulent rooms spread out over five floors, four internal courtyards, and spectacular gardens with fountains, pools and a waterway. Easily rivalling France’s Versailles Palace, the building is a work of art of incomparable beauty, with a grand staircase, royal apartments, the grand Throne Room and the impressive Palatine Chapel. The Reggia is the perfect setting for couples who want their wedding to leave a lasting impression.

The most beautiful venues in Italy

For a seaside wedding Read more

The most spectacular villas and luxury hotels Read more

On the Amalfi Coast Read more

The most romantic venues Read more